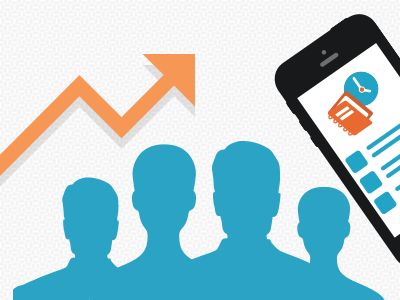 Mobile event apps offer unprecedented opportunity to engage attendees at meetings, conferences, and trade shows. The success of engagement relies on a large percentage of attendees using the app and in a bigger-picture sense being excited about the event itself. Promoting the event and mobile app through e-blasts, social media, and other marketing efforts is a great start to increasing users and engagement at the event, yet a number of additional best practices, which utilize event app features, helps to maximize attendee anticipation before the event to ensure everyone is excited and engagement potential is met.

Most event planners and organizers naturally focus on uploading and publishing as much event content as possible to the mobile app without considering making a few subtle changes to better build anticipation before the event. Instead of making every speaker and exhibitor detail page in the event app ready prior to launch, only add the basic 95% and withhold keynote speakers and any featured exhibitors. Announce these high profile listings in a staggered approach after the initial event app is launched--complete with push notifications for each keynote speaker and so forth as a way to keep people visiting the app in subsequent weeks.

The same strategy may be used for entire content areas like PDF abstracts and presentations. Publish the mobile app with event information and most of the program available to attendees well in advance, but hold off on certain items to further build anticipation. Releasing abstracts a few weeks before the event creates additional buzz and incentivizes those who haven’t already download the app to do so and catch up on all the hype. Mobile app development companies, in conjunction with the content management systems used to upload and publish content, enable event planners to upload all of the content for a section months in advance, but only make it available to the public at a later date with a few simple steps.

Extra Tip: For those concerned about managing a staggered approach to event promotion, scheduled push notifications give event planners the ability to plan out alerts to attendees without needing to be at their computer for each message.

Also consider providing early snippets of event content. Don’t have the entire agenda ready? No problem. Release the networking events and promote on social media while mentioning full session details will be provided at a later date. Event planners are still able to get people excited about the conference or meeting and build anticipation without rushing to finish the entire program.

One major benefit of mobile event apps is the interactive features unavailable in traditional paper programs. Session and speaker-specific surveys--as well as post-event questionnaires--are great tools to better understanding the success of an event and making improvements in subsequent years. Yet utilizing the same available feature before the event begins only serves to increase anticipation and attendee engagement. Ask attendees basic questions like what makes them most excited about the event or share more detailed surveys with potential to earn prizes. Tie the giveaways into a happening at the event to give everyone more reasons to talk about the event amongst colleagues and on social media.

Speaking of social media, few mobile app integrations work better for building pre-event anticipation than utilizing the power of Facebook, Twitter, LinkedIn, and other networking platforms. Make sure every account used by the organization is integrated into the event app and determine an event-specific hashtag to promote. Encourage attendees to use the hashtag when discussing the event on social media and tie in social media posts to new content updates. Adding videos or pictures to posts also help to increase re-shares and generate additional excitement.

To learn more about the relationship between event promotion and mobile app development: