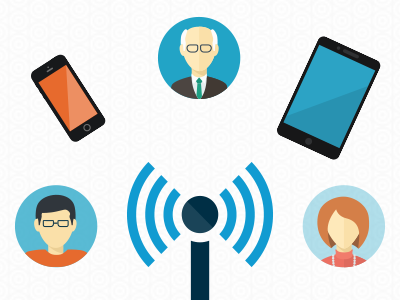 The evolution of mobile app usage leads many event planners to consider the benefits of year-round engagement. For companies and organizations launching their first mobile app before an upcoming event, however, a decision over timing must be established to determine when the app will be released to attendees. Learn how releasing a mobile event app well before the big day arrives only helps to increase mobile adoption and subsequent engagement—two vital factors to the success of any meeting, conference, or trade show.

Establish a Clear Line of Communication

Emails often get discarded or overlooked. A valuable mobile app, on the other hand, is revisited countless times per week—or even day—by current and future attendees who consume the majority of their digital media on phones and tablets. Leverage every tool available from push alerts to sponsor messaging and engage attendees in what matters most well before the event.

Consider the fact a mobile app is able to share an astonishingly diverse amount of content with its users. From accessing Microsoft Suite or PDF documents offline from 30,000 feet to streaming videos and podcasts, a mobile event app can simultaneously educate and excite its users about the upcoming event and its inherent value. By giving dedicated attendees a mobile event app well in advance, the established line of communication serves to get users talking to others about the event and sharing content via social media or email.

Give Attendees an Early Voice

Mobile event apps aren’t only about giving event planners a way to reach its user base. Enable attendees with live polling, surveys, and contact form submissions in the mobile app to discusses their concerns or offer feedback. Communicate with attendees and consider implementing changes or tweaking sessions to accommodate those who matter most—even simple things such as snack choices goes a long way in giving attendees an extra say in event happenings. Listening to feedback empowers attendees and ensures the event is constantly evolving in a positive light.

Giving attendees a voice is one of many ways to recognize those who attend the event and create a sense of exclusivity. Read more.

An event’s value is greatly enhanced by sharing quality content in a mobile app. Tease the content of a keynote speaker’s headline presentation or share typically exclusive PDF abstracts with early downloaders and hint at more to come in upcoming months. Also consider the exhibitor and sponsor aspects by sharing a searchable list of attendees in the mobile app as a source of leads. The value of an event often generates increased attendance and at the very least improves the optimism of those already attending the meeting, conference, or trade show. 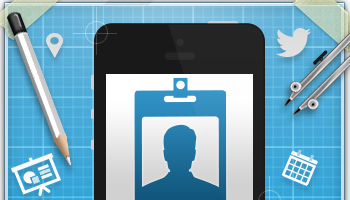 Event apps offer unique ways to create incentives for attendees. Event planners may utilize user authentication to provide exclusive content to only registered attendees or even a subset of the group who pay extra or enjoy privileged perks. Surveys and live polling may also be used for giveaways and contests before the event begins. Attendee-specific social media channels or hashtags—integrated into the event app—gives everyone a chance to meet others and create helpful conversations about upcoming topics or sessions of interest.

Event apps offer more than a digital version of the event program. By releasing the mobile app early and leveraging many of its unique benefits, event planners can not only increase mobile adoption for the event itself, but stimulate important conversations, empower attendees, and improve upon the event for everyone involved.

For more information on AppBurst's mobile event apps and to speak with a representative: