Use Push Messaging in Event Apps to Generate Revenue 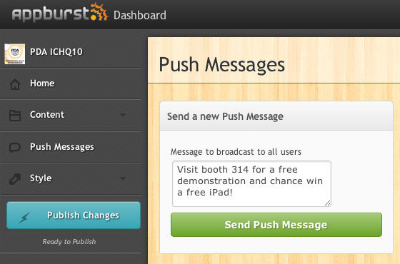 Our AppBurst Dashboard enables event organizers and planners to send timely push messages to attendees with Android event apps, iPhone event apps, and iPad event apps. The feature is a powerful tool, providing real-time communication with your user base to relay scheduling changes, promote important events, and event generate extra revenue for your company or organization by selling sponsor or exhibitor messages. This often overlooked use of push messaging has been successfully implemented in various forms with AppBurst-developed mobile event apps.

Check out the case study and suggestions below to see how the untapped potential of push messaging can be maximized at your next event.

At the European Society of Vascular Surgery’s annual meeting in Bologna, Italy this September, event organizers offered exhibitors the chance to promote their booths via push messages in the ESVS Meetings App. Each exhibitor was offered a single complementary push message during the three-day event, while additional messages could be negotiated to gain even more exposure with attendees.

The response was overwhelming. AppBurst was on site to provide support for the event app and helped ESVS team members organize the push message campaign, which saw various exhibitors line up at the mobile app support desk, submitting messages to be broadcast at specific times throughout the event. Many of the booths featured interactive demos or new findings in the field of vascular surgery, both of which were promoted to attendees. The addition of timely push messages as a form of promotion led to increased audiences at specific booths and was a significant benefit for everyone involved at the event.

Offering push messages to exhibitors can simply be a free value-added benefit, packaged with the initial fee for renting a booth, or even offered as an a la carte add-on once exhibitors arrive at the event venue. Regardless of how the push messages are presented, the feature can ultimately generate additional interest and even revenue for your event.

Event sponsors have traditionally relied on logos and ads being placed inside of the event program, as well as posters, brochures, and other marketing materials at the venue. Not only do AppBurst-developed mobile apps take these possibilities one step further by providing a host of engaging sponsor opportunities in the form of banner ads, splash screens, and devoted sponsor sections, the ability to send sponsor-related push messages during the event can be of significant benefit to everyone involved. 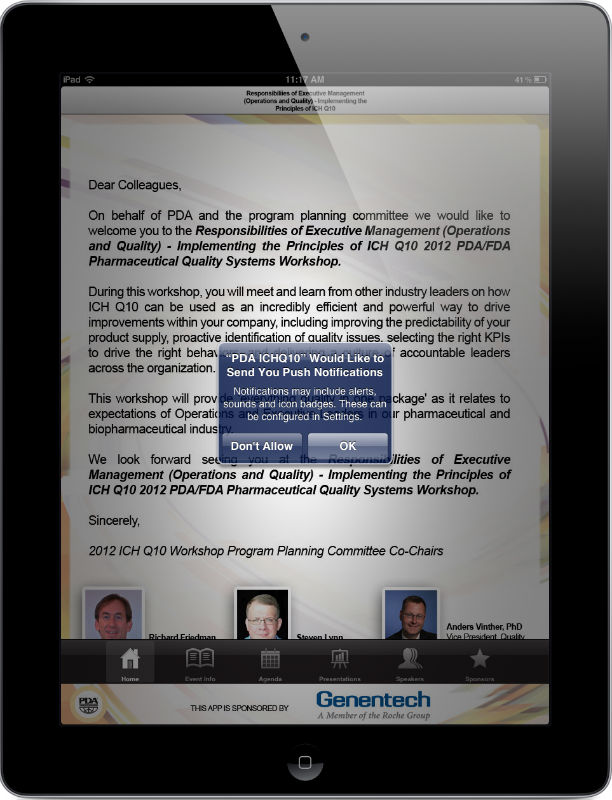 Push messaging can direct attendees to sponsor websites, promotions, or new product launches. Other creative approaches include asking users to sign up to a sponsor’s Twitter or Facebook account, which will increase the sponsor’s audience through the powers of social media. Unlike static ads, attention-grabbing push messages can offer event organizers a unique way to sell additional sponsorships and generate greater revenue as a result.

Apps For Events is a service of AppBurst, a mobile application development company located in Palm Beach County, Florida. For more information and to speak with a specialist: