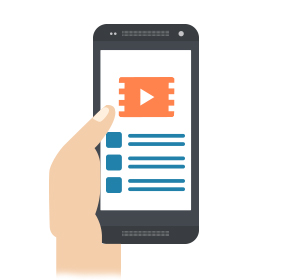 Generate buzz about your event and organization by displaying a video feed from a YouTube channel or playlist. AppBurst can support any video platform that works on mobile. Want to include a welcome video as the app loads or provide a library of educational videos or webcasts? Our Apps For Events service can integrate a wide range of videos into a mobile app as long as the device supports the file type.

Sharing webinars with users represents one of many options to improve attendee education at events. Learn more.

Conference organizers can display individual videos and complete channels in their iPhone, iPad, and Android apps. Users can view HD video in full screen, bookmark, and share via email, Facebook, or Twitter. 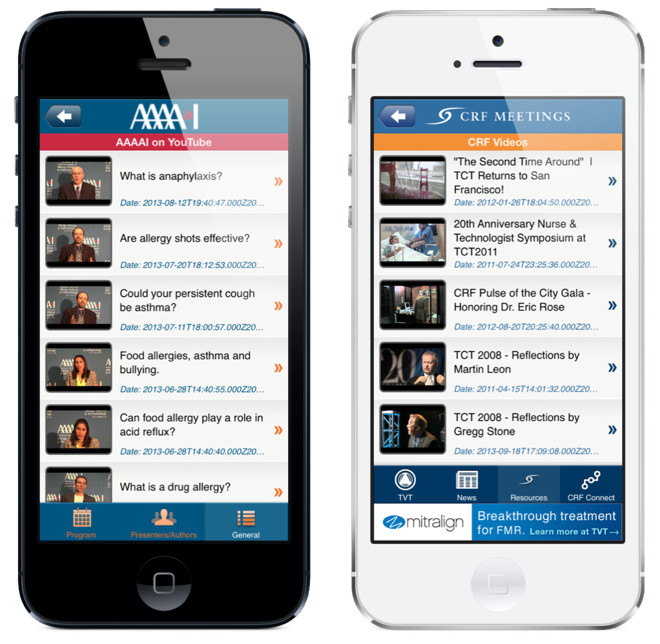 The above image displays two event apps that include a video gallery section. The AAAAI Annual Meeting App and the CRF Meetings App both leverage the content produced for their YouTube channel in their iPhone, iPad, and Android event apps. You can also see how video are displayed in a native app in this video demo.

The AppBurst platform supports the ability to organize and display multiple video channels and / or multiple playlists. 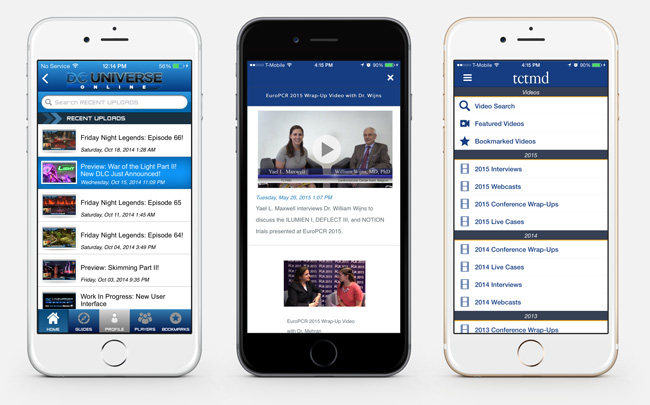 In the above app for iPhone, multiple video categories / playlists are displayed on the screen on the left. This is the screen that displays when a user taps on the Videos icon in the main lower navigation bar. The user can select from one of the video categories, which causes the app to display the screen in the middle. This is a list view of all the videos in that playlist. Next, the user can tap on the video they want to play. In addition to playing back the video in the app, the user can also subscribe to the YouTube channel, share the video via email, Facebook, and Twitter, as well as bookmark the video in the app so that they can find it easily later.

The above video demonstrates how to display video channels and playlists from YouTube in a native iPhone app. The experience of this feature is the same on the iPad and Android apps.