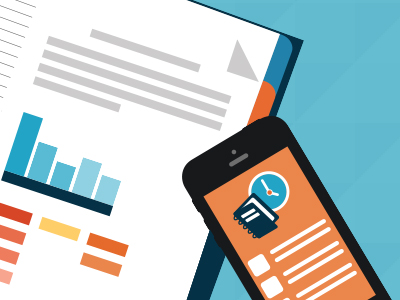 Convincing sponsors to pay top dollar for spots in a mobile event app can be a challenging endeavor for organizations unveiling technology for the first time. Events where sponsorships aren’t traditionally a priority may also experience resistance when introducing new sponsor features in a mobile event app. Yet the ability to generate additional revenue is an important and often imperative factor in many event planner’s game plans to fund the price of development and turn a mobile app into a source of yearly income.

Check out the following studies and statistics over the past year about mobile app usage and events to use in pitches to potential sponsors and to better justify the decision-making process to acquire a mobile event app. All of the findings ultimately show the widespread use of smartphones and tablets by business travelers (i.e. attendees) and the importance of going mobile at meetings, conferences, and events.

The findings of ComScore’s comprehensive study paints a telling picture of mobile application usage data as a whole. While not specific to event apps, the sheer volume of individuals using smartphones and tablets in their day to day life is a factor for event planners and organizers as well.

Mobile apps “accounted for 85-percent of internet time spent on phones in 2013” and are greatly preferred to mobile websites. Simply providing a mobile website is no longer enough to maximize an audience’s engagement and reach the largest number of users around the world.

Video viewers in the United States are also watching 38% and 54% more videos on smartphones and tablets since December 2012, respectively, making video ads in a mobile app a source of great exposure for companies and organizations. 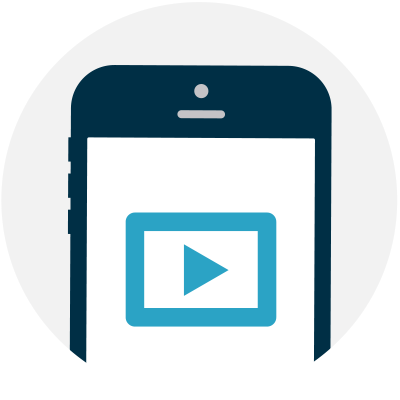 A series of recent reports by AMEX are more focused on business travelers and event-specific usage data. It comes as no surprise that mobile apps and social media reflected the biggest increase in interest--as a percentage--over any other meetings topics such as budgeting, safety, and destinations.

Approximately 90% of attendees who own a smartphone specifically use it for business at a meeting, conference, or trade show. Half of attendees also own a tablet and nearly 9 out of 10 of these individuals use their tablets--typically those with larger screens--at events.

Core content such as program guides and networking are the top priorities for attendees, followed closely by relevant branding. Show potential sponsors attendees want to network and want apps with targeting branding--both of which are highly relevant to sponsor ads and giving users the ability to directly connect with exhibitors.

Did you know most mobile event apps include speaker and exhibitor directories to easily network with colleagues without leaving the user experience? Learn more.

AMEX finds that “[social media] technology has evolved in a fast and furious manner over the past few years, and will likely continue to develop well into the future… social media can be a great way to increase engagement with attendees, collect feedback and extend your meeting experience to non-attendees.” With the importance of social media and the ease it can be integrated into event apps, collaborating with sponsors on social media posts, hashtags, and other means or promotion through Twitter, Facebook, and LinkedIn -- as well as visual-centric sites like YouTube and Instagram -- reflects a more progressive approach to selling sponsorships and engaging attendees. 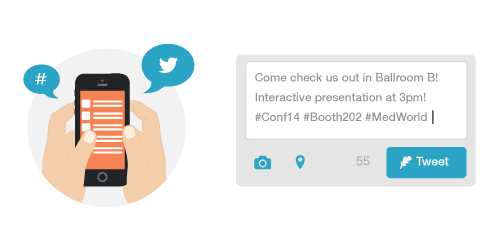 A number of other articles and studies pointed out meaningful facts and statistics any event planner should add to their arsenal when discussing the importance of event apps.

The IMEX Group unveiled four predictions for the future and mobile event apps inevitably made the final cut: "60 - 63 percent of all respondents had used a mobile app for at least one of their events in the past two years - and 92 percent of corporate event marketers had done so... demonstrating that this is fertile ground for fast innovation and added value.”

For more details on AppBurst's mobile solutions and how to leverage the growing popularity of event apps at conferences, trade shows, and meetings: